Hi All, last weekend I traded a 68 dual showman for a Mosrite BG-500. Two weeks ago I didn't even know this amp existed. Its been fun getting to know about it through this forum, so I thought I would some info on the amp and some photos. I'm in Minneapolis and I traded for it with a guy about an hour east of here in Wisconsin. They guy said his Uncle had bought it new. It came with the an original dolly that had never been assembled! The cross members are still wrapped in paper. It wasn't functional when I got it. I was really hoping that the JBL would still be in there, but alas, it was a lame eminence bass speaker. They guy said that it had blown one day and he had taken it to a repair guy who had done a fair amount of work on it, but it still never worked too great after that. As far as I can tell, every single electrolytic cap was replaced. Looks like decent sprague caps for most of it too, so that's a nice bonus.

After futzing with it for a week, i have it up and running. A couple of the 313 lightbulbs in the output circuit were blown so i replaced those and i replaced the output transistors and the two 2n3054s that drive the output transistors. That seemed to do the trick! Reverb, tremolo, and vibrato all seem to work well. I haven't been able to test the fuzzrite, since i don't have the foot switch. I am getting some crossover distortion, so i think the output transistors need to be biased, so i am trying to figure out how to do that correctly. Otherwise the amp sounds great. It's not quite as loud as I was expecting for an enormous amp, but it's not quiet either. Hard to know if that's just how loud it is supposed to be. I am using an EV 15L in it at the moment.

A couple notes:
1) It doesn't look like it ever had a horn in it like some i have seen.
2) I can't find anything that looks exactly like a serial number. There are some letters and numbers scratched into the left heat sink, but that's as close as I see to a SN
3) I bought the NOS Award plaque from the guy here in town selling them on Ebay, but he is now out of the Ventures plaques, so the search continues. Let me know if anyone has an extra! The weird thing is that I have gone over the front of the baffle very carefully and can't really find any obvious indication that this amp ever had the name plates installed. No outline on the cloth, no evident holes where they might have been installed. So maybe I don't even really need it?
4) I was curious about the Waters-Conely connection. This is the company that I have read produced the amps. It's curious though, because the history of the company makes it seem like they were not really making audio gear by the time the amps were made, and as far as I can tell, they never made anything else resembling a guitar amp. I read that the "Award" name was because that was their line of amps, but i have never seen any other amps with that name badge.
5) The dolly came with the original instruction manual. I posted pictures of that here, just for fun.
Top

Welcome to the forum, great story about the amp!
We love pictures here, but I am having a problem seeing them on my PC.
Can anyone else see the images?
Top

I don't see any images either.
Top 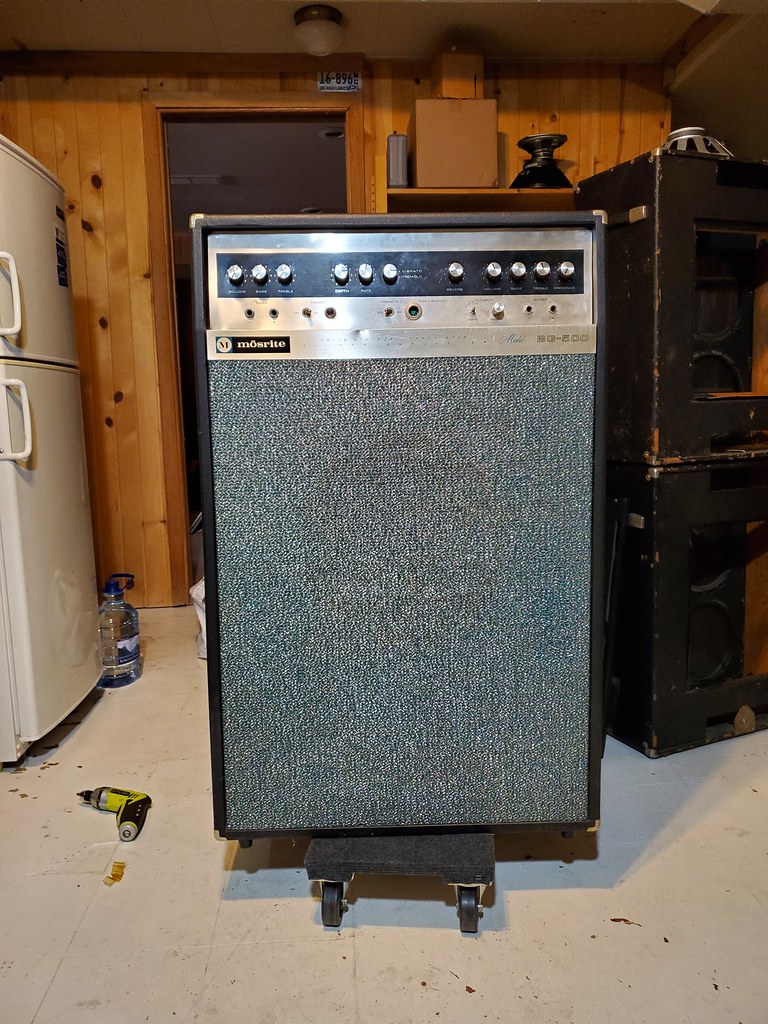 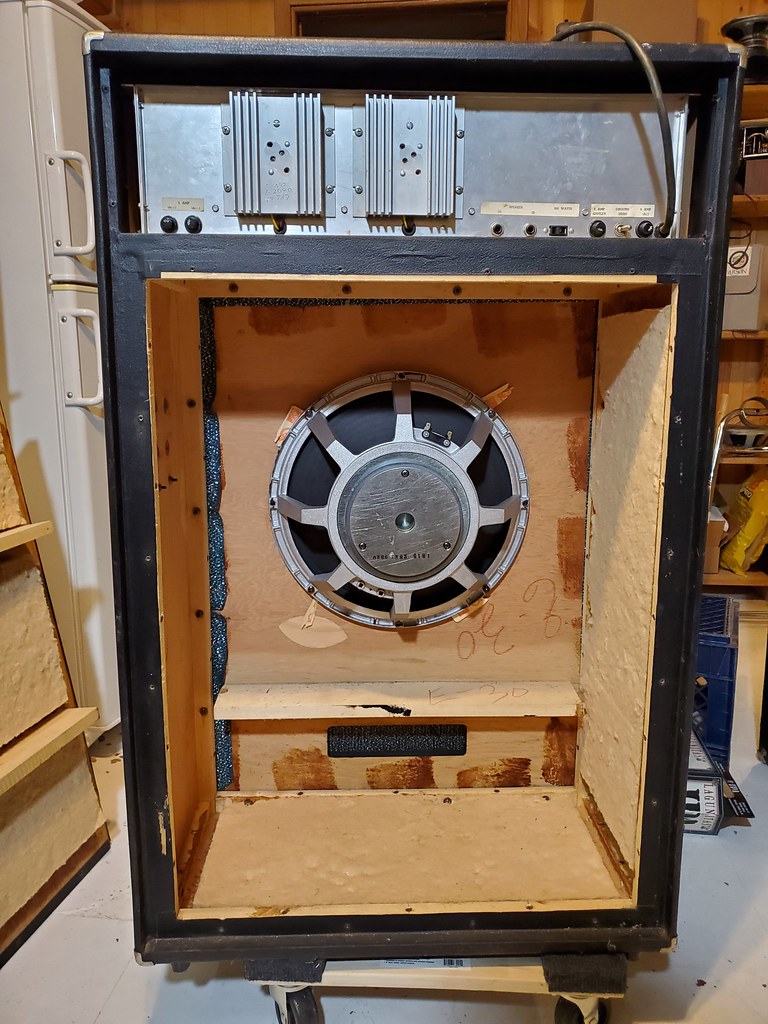 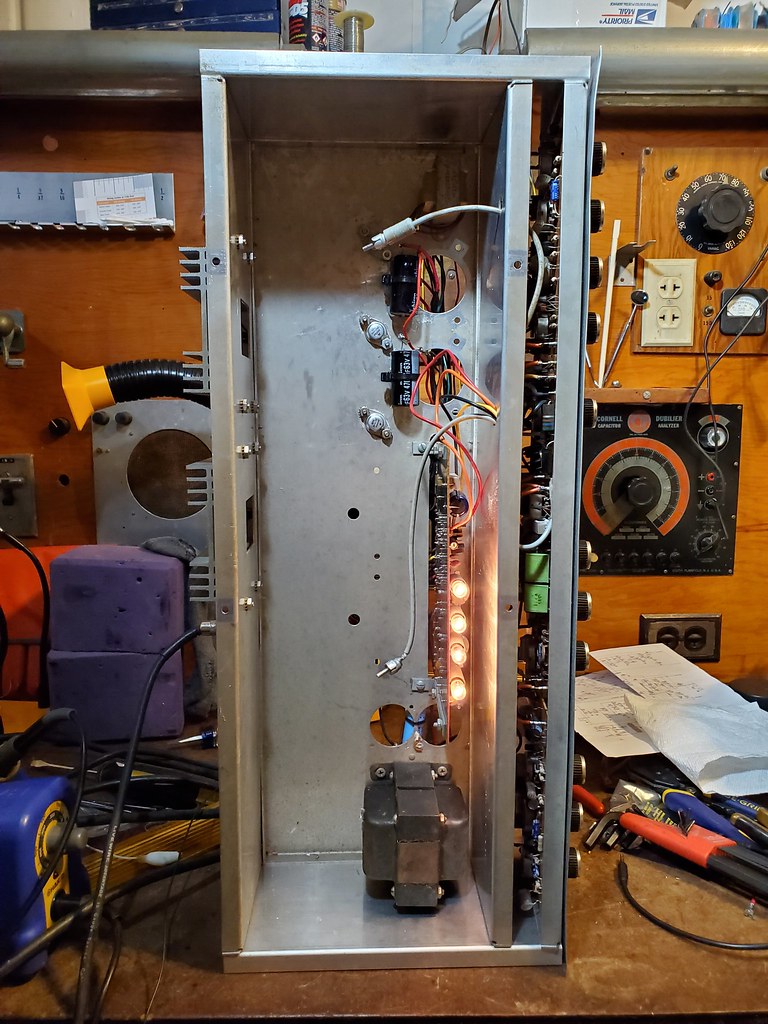 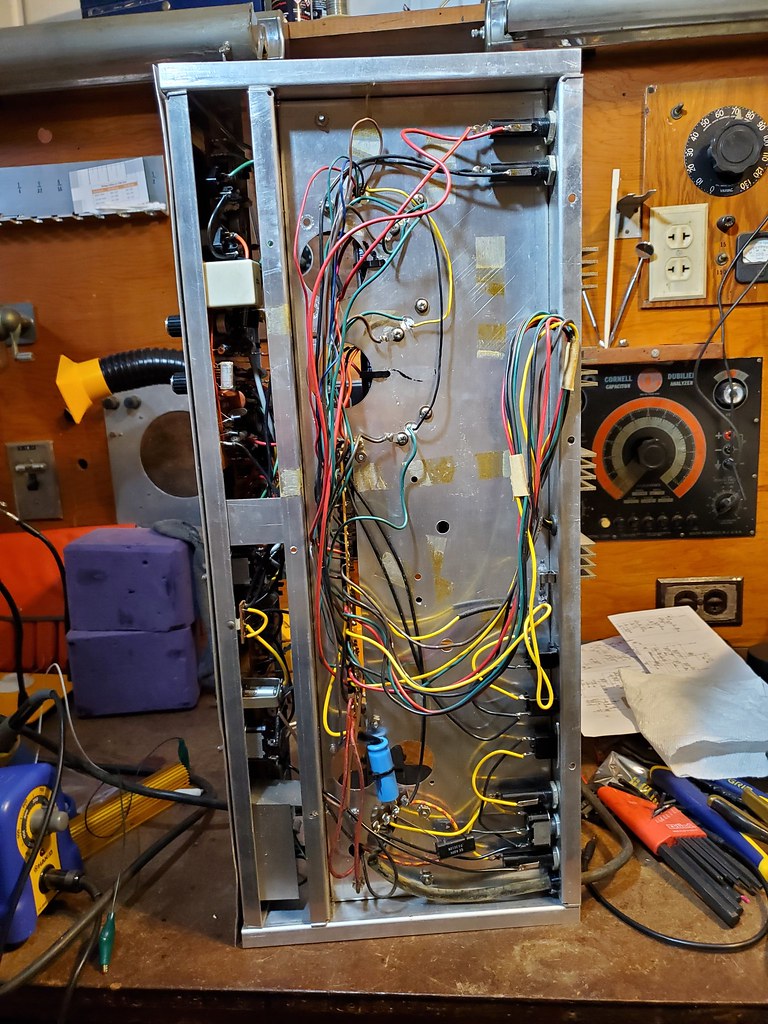 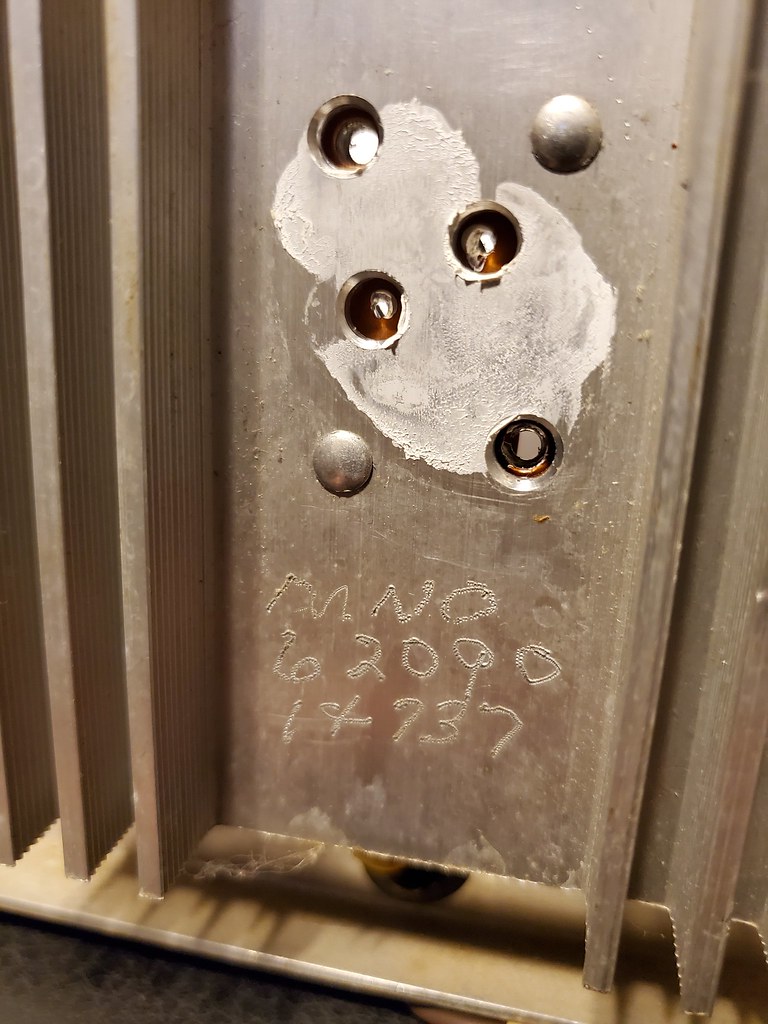 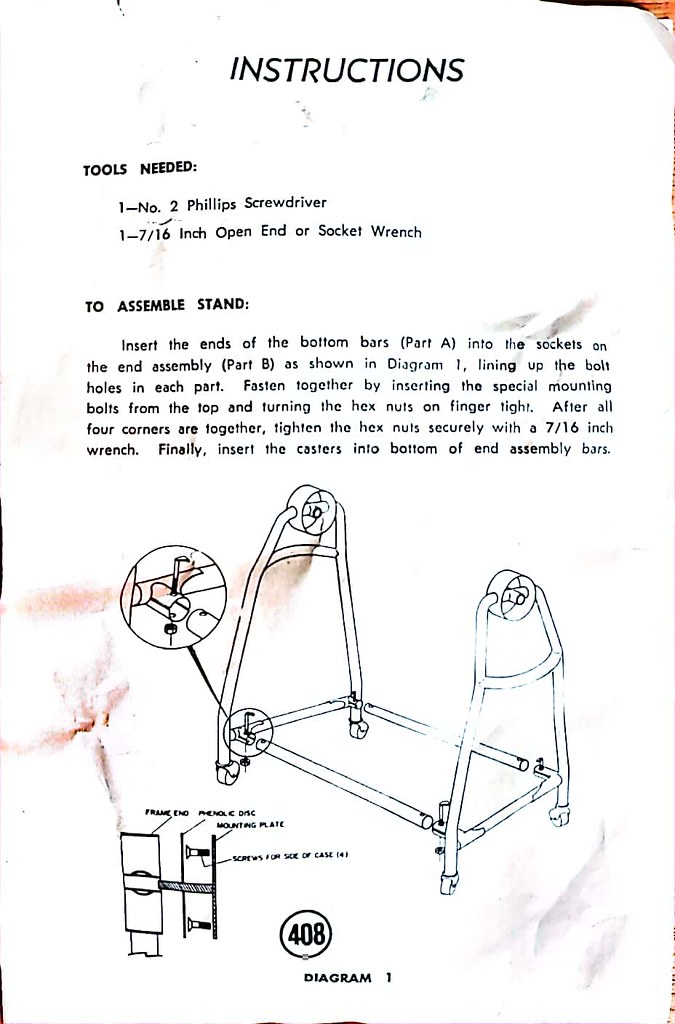 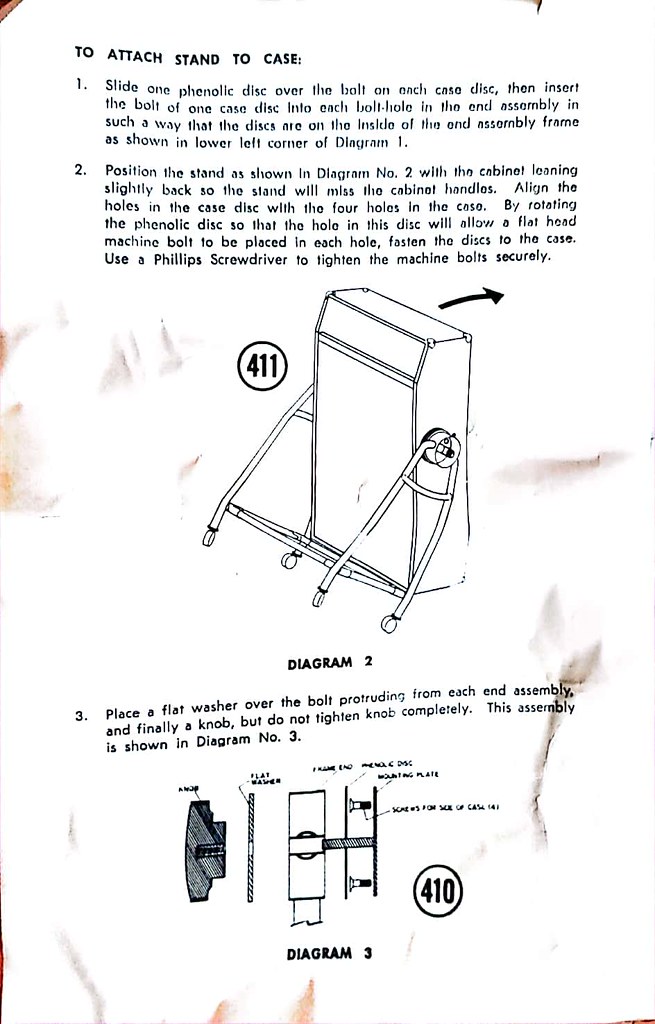 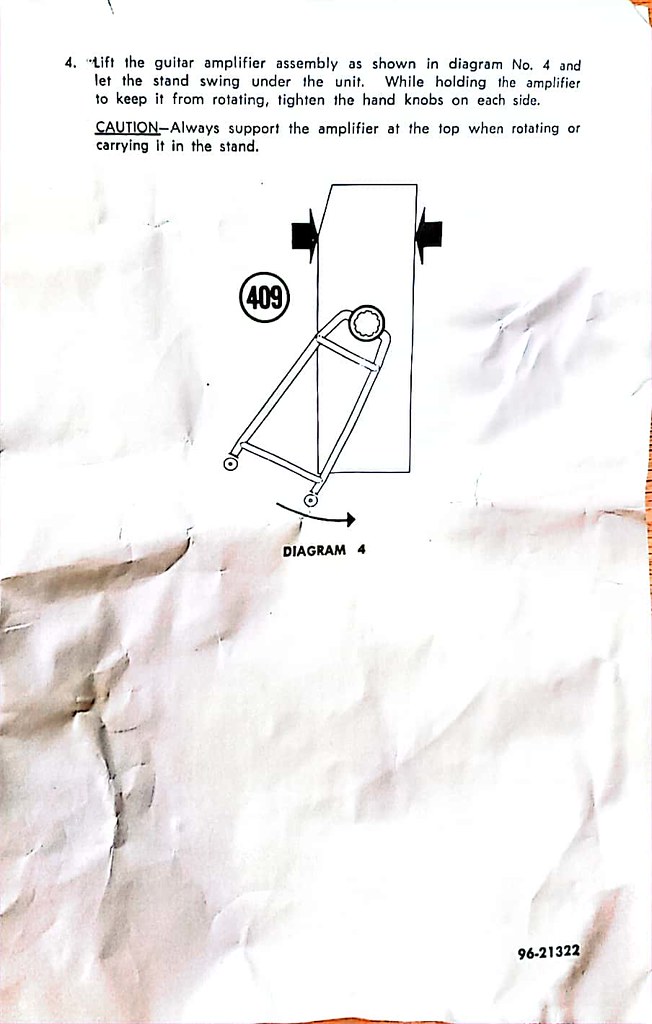 Yes, the pictures are showing up now, thanks. Good news you are able to get the amp up and running considering their problematic history... you must have some considerable electronics experience. I am hoping some of the forum members with more experience on the Award amps will comment as well, would love to hear more about it, thanks.
Top

Users browsing this forum: No registered users and 18 guests