Quote from the page:

"Here is an extremely rare Mosrite from the early 1970’s – the “Bluesbender” was a departure from the traditional Mosrite Mark Series body shape that had captured the “surf” crowd thanks to “The Ventures” in the 1960’s. Along with the Mosrite 350 from the same era, this was Semi Moseley’s attempt to penetrate the Gibson/Fender market and go after a more Rock ‘n Roll player. It was not very well received, hence the rarity of them today, but a really nice guitar! Here are the specs:

Note. All these images are from original models."

So this proposed guitar is a Mosrite shaped Epiphone or Gibson.

Funny how they put a Mahogany body to the Blues Bender but a Basswood body to their 350 imitation.

F*ck those clowns, seriously. The photo is just this one with the background cropped out and the logo photoshopped... --WTF? way to catch that... wow. I thought the orig pic looked weird.
The gangster looks so frightening, with his luger in his hand
When he gets home to his children, he's a family man
But when it comes to the nitty-gritty, he can shove in his knife
Yes he really looks quite religious, he's been an outlaw all his life
Top

On another note, China (of course) is also copying the Blues Bender. I wonder if Eastwood will get the bodies from the same place. 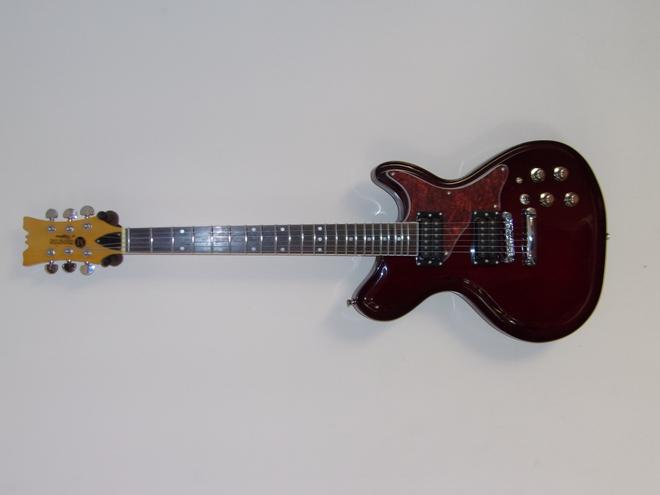 Eastwood's is, thus, the 3rd imitation of the Blues Bender I've ever seen available. Tym was offering them a while ago (as bodies, at least) but he would have been accurate to the original guitar.

Users browsing this forum: No registered users and 28 guests