JOKE of the DAY

What's the difference between a turkey and a chicken?

A man in Scotland calls his son in London the day before Christmas Eve and says,

"I hate to ruin your day but I have to tell you that your mother and I are divorcing; because
forty-five years of misery is enough".

"Dad, what are you talking about?'" the son screams.

"We can't stand the sight of each other any longer", the father says. "We're sick of each other
and I'm sick of talking about this, so you call your sister in Leeds and tell her".

Frantically, the son calls his sister, who explodes on the phone, "Like heck they're getting divorced",
she shouts, "I'll take care of this".

She calls Scotland immediately and screams at her father, "You are NOT getting divorced. Don't do a
single thing until I get there. I'm calling my brother back and we'll both be there tomorrow. Until then,
don't do a thing, DO YOU HEAR ME?"and hangs up.

The old man hangs up his phone and turns to his wife.
"Done! They're coming for Christmas - and they're paying their own way."

As the year winds down, I would like to pass on a few truisms that
have somehow found a home in what's left of my braincells.
Please feel free to add to this list and pass it on...........

Two independent studies show that watching Fox News makes you stupid....
Too stupid to figure out the remote, and too stupid to change the channel.

If ignorance is bliss, why are the ignorant so angry?

Love is grand; divorce is a hundred grand.

I am in shape. Round is a shape.

Time may be a great healer, but it's a lousy beautician.

Never, under any circumstances, combine a sleeping pill and a laxative on the same night.

Never be afraid to try something new. Remember, amateurs built the ark. Professionals built the Titanic.

Conscience is what hurts when everything else feels so good.

After Monday and Tuesday, even the calendar says W T F !!

It's an ill wind that breaks over a ric-shaw seat.

Even if you are on the right track, you'll get run over if you just sit there.

Politicians and diapers have one thing in common. They should both be
changed regularly and for the same reason.

There will always be death and taxes; however, death doesn't get worse every year.

In just two days, tomorrow will be yesterday.

I am a nutritional overachiever.

I am having an out of money experience.

I plan on living forever. So far, so good.

I don't believe in death, there's no future in it.

Religulous -- that about sums it up.

If marriage were outlawed, only outlaws would have in-laws.

It's frustrating when you know all the answers, but nobody bothers to ask you the questions.

Life not only begins at forty, it also begins to show.

After all is said and done; There's a lot more said than done.

Never try to catch snowflakes with your tongue until ALL of the birds have migrated.
make the Mos' of it, choose the 'rite stuff.
.........Owner of 9 Mosrites...
.....proud owner and documented:
1963 "the Ventures" Model s/n #0038
http://www.thevintagerockproject.com/
Top

Yesterday I had an appointment to see the urologist for a Prostate exam.
Of course I was a bit on edge because all my friends have either gone under the knife or had those pellets implanted.......
The waiting room was filled with patients.
As I approached the receptionist's desk, I noticed that the receptionist was a large unfriendly woman who looked like a Sumo wrestler.

I gave her my name.

In a very loud voice, the receptionist said, "YES, I HAVE YOUR NAME HERE; YOU WANT TO SEE THE DOCTOR ABOUT IMPOTENCE, RIGHT?"
All the patients in the waiting room snapped their heads around to look at me, a now very embarrassed man.
But as usual, I recovered quickly, and in an equally loud voice replied, 'NO, I'VE COME TO INQUIRE ABOUT A SEX CHANGE OPERATION,
BUT I DON'T WANT THE SAME DOCTOR THAT DID YOURS."

The room erupted in applause!

JUST ANOTHER DAY in TEXAS

This old story out of Texas...

Seems a guy cruises through a stop sign and gets pulled over by a local policeman. The guy hands
the Officer hisdriver's license, insurance verification, plus his concealed carry permit.
"Okay, Mr. Smith," the officer says, "I see your CCW permit. Are you carrying today?"
Mr. Smith replied "Yes I am." So the officer responded, "Well then, better tell me what you got."
Smith says "Well, I got a 357 revolver in my inside coat pocket. There's a 9mm semi-auto in the glove box,
and I've got a .22 magnum derringer in my right boot."
"Okay," the officer says. "Anything else?"
Smith says "Yeah, back in my trunk, there's an AR15 and a shotgun. That's about it."
The officer then asks, "Mr. Smith, are you on your way to or from a gun show range?"
Smith: "Nope."
The officer says, "Well then, what are you afraid of.....?"

About the movie Jaws: How did Brody know Chrissie had washed her hair before swimming?

-Because he found her Head & Shoulders on the beach.
This concludes my report from outer space. Now, back to studio!
Top

Amazing photos show great detail.
The pilot at low level
had no control over his aircraft. It narrowly
misses a crowd
gathered for the airshow and slams
into four buildings.
One can only imagine the horror of
the occupants inside those buildings. 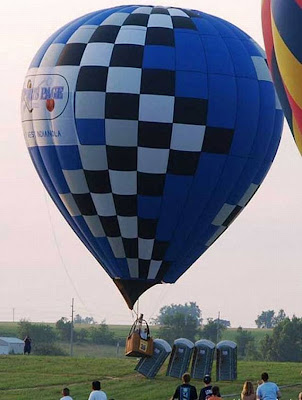 Return to “Off Topic”

Users browsing this forum: No registered users and 3 guests